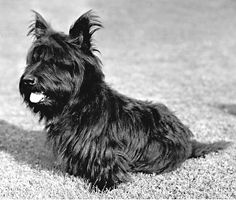 The Fala Fund was set up by the Eleanor & Franklin Roosevelt Democratic Club to allow the club to donate to the Democratic Party and individual candidates on behalf of its members.

Why give money to the Fala Fund? This increases the Club's clout with candidates, knowing that we have an active and informed membership.

Thank you for your generous support!

"These Republican leaders have not been content with attacks on me, or my wife, or on my sons. No, not content with that, they now include my little dog, Fala. 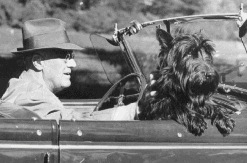 You know, Fala is Scotch, and being a Scottie, as soon as he learned that the Republican fiction writers in Congress and out had concocted a story that I had left him behind on the Aleutian Islands and had sent a destroyer back to find him--at a cost to the taxpayers of two or three, or eight or twenty million dollars--his Scotch soul was furious. He has not been the same dog since.

I am accustomed to hearing malicious falsehoods about myself--such as that old, worm-eaten chestnut that I have represented myself as indispensable. But I think I have a right to resent, to object to libelous statements about my dog."